Skip to content
Home > Blog > 10 Mobile App Development Trends To Look For In 2019
Why SoftwareWorld is free?

By the end of 2017, mobile browser and app usage were reported to be 5.41% as against desktop usage, which were 3.99% conversions.

Also, the average order value of mobile browsers and apps were more than desktop in 2015-16. 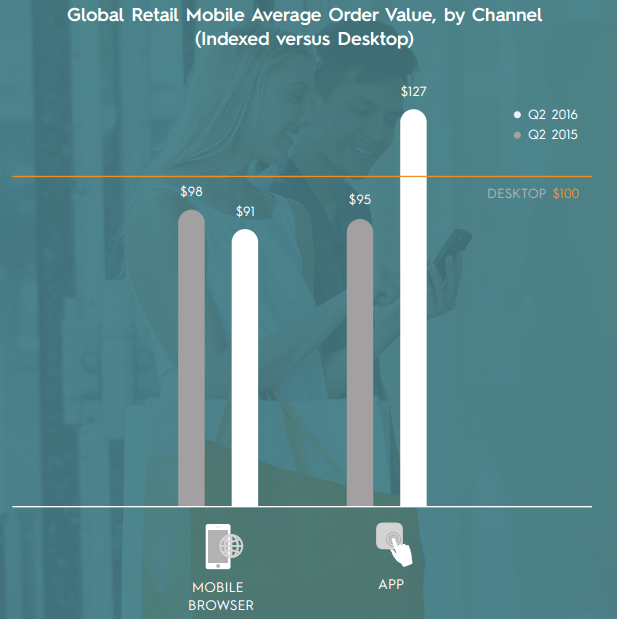 Given these stats, it’s no wonder why there has been a sudden increase in the demand for mobile app development tips, tricks, and trends, over the years.

So, are you too looking forward to discover what 2019 has in store for mobile app developers & designers? Really curious to know which mobile app trends will evolve and outlive the rest in 2019 and beyond, and which ones will get extinct like the dinosaurs.

Today, we’re going to show you the top 10 mobile app trends that will make waves in 2019 and beyond.

And let us clearly specify something:

This is NOT some Lame-O Supreme-O “Mobile App Trends in 2019” forecasts post.

Instead, we’re going to present to you some time-tested mobile app trends that are already making news across the globe… and are expected to go even stronger in the months to come.

So, without further ado, let’s dig right in and see what 2019 has in store for mobile app development technology.

1: App Security Is Still A Thing

Yes, we witnessed Google emphasizing harder on the use of all-inclusive app permissions model and automatic security updates in 2018. And we’re going to see more and more app developers embrace robust app transport security feature in 2019 too.

With the exponential growth in mobile app usage, the level of security threats has increased manifold. According to reports by Gartner, mobile app misconfiguration lead to 75% mobile security breaches in 2017-18. And in 2019, this threat is expected to grow even bigger.

Given the fact that mobile app security threats are set to outpace all bounds by 2019 and beyond, it could mean that, soon, features like two-step app user authentication will become a norm than just exceptions. And this is what is pushing mobile app developers and designers to implement securer data encryption, among other app security features.

Last year, Hybrid technology was a big hit among mobile app developers. The popularity was further spurred on by Evernote app embracing the technology wholeheartedly. In no time at all, Bring your own device (BYOD) practice just served to add even more to the appeal of this trend.

We’re sure BYOD Technology will continue to make waves in the years to come. This is evident from the fact that 72% organizations have started investing in BYOD. The demand for hybrid apps will be about 5 times higher as compared to 2018.

We are hopeful that by the end of 2019, hybrid development technologies will gain solid ground and more and more app developers will start relying on tools such as PhoneGap, AngularJS, and Cordova to build agile hybrid apps.

The App Development Software is gaining huge momentum. This type of software is a really much helpful option for you if you belong to the app development industry.

3: Mobile Internet of Things Will Be the New Talk in Town

Mobile app development and Internet of Things has disrupted the technology industry in their own rights. This is why we’re sure to see more and more mobile app developers integrating mobile applications and IoT in 2019 and beyond. After all, iOT technology platform is a growing market and is driving the change.

We’re hopeful that the revenue from the integration of mobile apps and IoT will increase exponentially in 2019 and beyond. The blend of AR, VR and Mixed Reality into the app space has swiftly moved from being less-used, newer tech trend to mainstream technological development.

We’re likely to see more and more businesses now embrace such apps with open arms, right from insurance to energy and from transportation to security, in 2019 and beyond.

It was a popular mobile app trend last year and it’s still going strong the “Big Data” trend. With the steady and steep rise in mobile app usage, there’s been an obvious demand for the consumer-friendly interface, reliability, and improved functionality, especially in big data apps.

5: Enterprise Apps Will Be the New Cool

Yet another 2017-18 mobile app development trend on the list that is going even stronger this 2019 and beyond. Enterprise apps have made it easier than ever before to maintain 24×7 interactions with both current and potential clients.

In fact, the mobile enterprise application market size to grow to USD 98.03 Billion by 2021 reveals Gartner.

Enterprise apps are the best CRM mobile app that can extract customer information and enable access to real-time revenue and sales updates. Making everyday business management functions easier for businesses, enterprise apps are inventive and creative. It’s not rocket science to understand why this trend stayed on the list.

6: Wearable App Tech Is the Next Big Thing

First picking up pace in 2015, the wearable tech industry has solid grounds over the years, and is likely to still be on top in 2019 and beyond. In fact, the global market of wearable tech is going to grow by about 50% by the end of 2020. 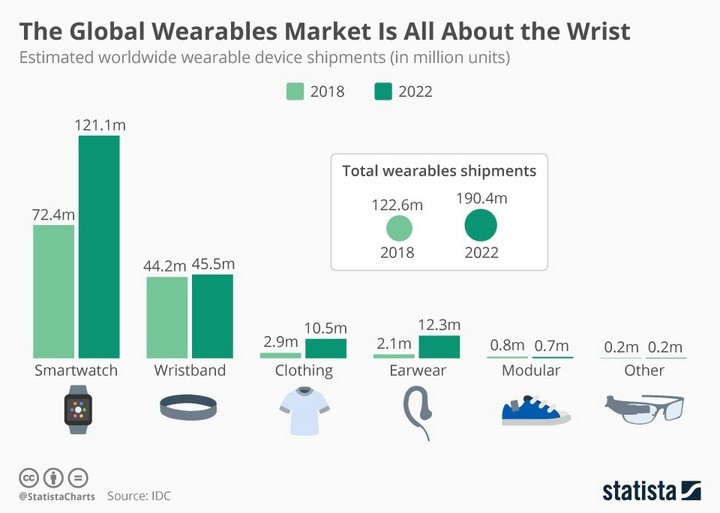 Building mobile apps is the latest trend for many companies. With many mobile app development companies on the rise, it is hard to find the best mobile apps developers in the world.

Statista reports that the combined market size of AR & VR (augmented reality and virtual reality) will reach 215 billion by the end of 2021. It’s no wonder because consumers are ever-so-curious about the possible uses of AR and VR. And this inquisitiveness has encouraged more and more app developers to incorporate AR and VR in building more user-friendly mobile applications. 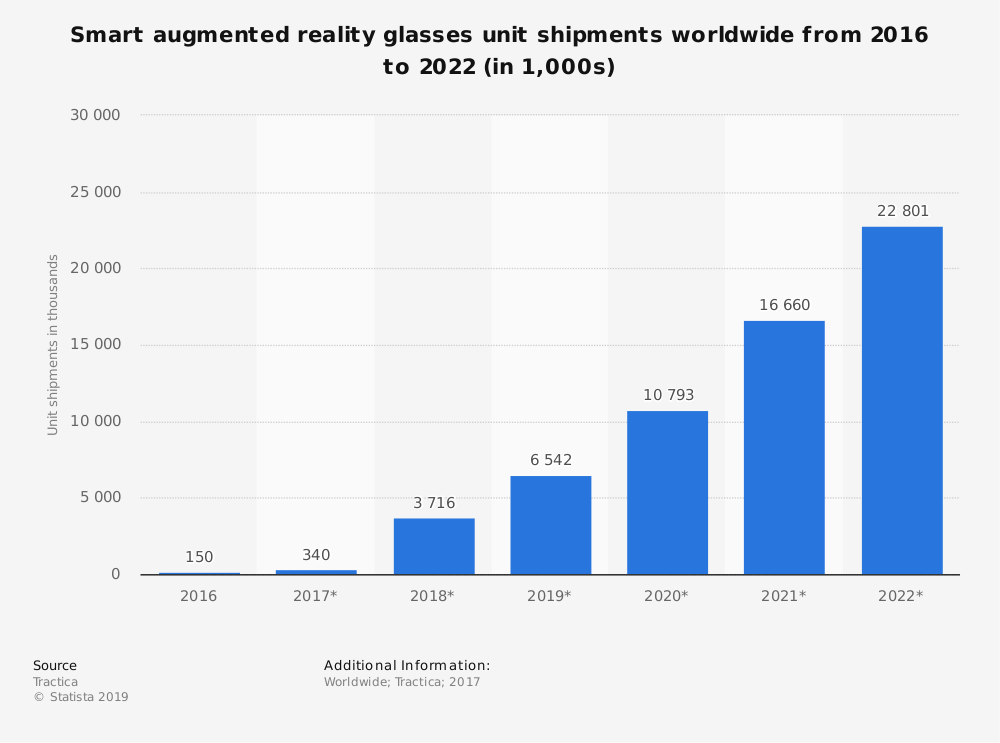 Over the years, augmented reality and virtual reality have emerged as the technology trend that has hit the ground running and have taken over the app market by storm.

But here’s the sad part:

Despite the fact that consumers are inquisitive about AR and VR powered mobile applications, only a few mobile applications are really able to ensure seamless integration of the technology. This means that there is a vast potential for building innovative apps with AR and VR technology and tap into the ever-so-surging demand in 2019 and beyond for mobile app developers.

8: Blockchain Is the Newest Kid on the Block 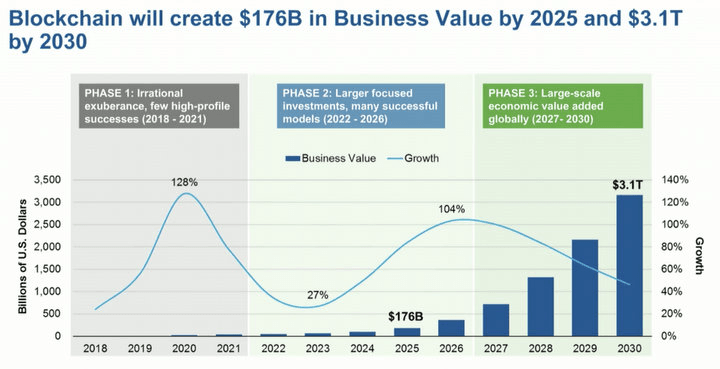 Blockchain technology can help create a more secure, more effective and less costly mobile application ecosystem. And that’s why we are sure that mobile blockchain applications will take centre stage in 2019 and beyond. Blockchain-based insurance apps, logistics apps, healthcare apps, shopping apps, exchange apps, mobile wallets – we are likely to see more of such mobile applications in the years to come.

You probably already know that more and more people now rely on mobile applications for shopping, banking and even socializing. Hence, mobile app developers are now looking for ways to reduce the memory used by applications on smartphones.

More and more app developers are now turning to cloud storage. The other important benefit of cloud storage integration in mobile apps is the fact that it allows data sharing between users and boosts security. Quite expectedly, mobile apps integrated with cloud are lightweight and faster.

With the rise in the popularity of cloud-based technologies, the trend of integrating them with intuitive mobile applications is increasing too. And we are hopeful that it won’t be long before more and more businesses will build cloud-based apps to quickly capture the attention of today’s ever-so-discerning smartphone users.

10: Location Based Services and Beacon Technology Will Come to Fore

Location-based services and beacon technology – Yet another app development trend on this list that is certainly going even stronger this 2019 and beyond.

Today, the significance of location tracking in mobile applications is matchless. Location tracking helps businesses personalize their content, in-context and render incomparable user experience. And beacons work to trigger push notifications or messages including location-specific offers and information whenever a user is in its proximity. This technology also helps offer enhanced security, anti-theft protection, and power saving options.

With the ever-so-rising number of mobile phone users, location-based services and beacon technology market will continue to get bigger and better. In fact, Global Market Insights report reveals that the global location tracking and beacon market is likely to grow at a CAGR of 61.50% by 2024.

With the leap of the smartphone industry, we have seen a surge in the growth of mobile app development companies in the United States. From building product related apps to games and services.

So there you have it, the top 10 mobile app trends to look out for in 2019 and beyond. The trend that seems obvious, at this point, is that the mobile app market is set to open doors to innovation and move towards apps that value security, simplification, and accessibility. We’re sure more awesomeness is set to prevail in the app development industry worldwide.
Cheers to more exciting mobile apps! May we see bigger, better things in the world of mobile apps from 2019 and beyond!

Payal is a Content Consultant at Enuke Software, a pioneering Blockchain, and Mobile App Development Company in the USA. Payal is passionate about the start-up ecosystem, Crypto world, entrepreneurship, latest tech innovations, and all that makes this digital world. You can contact her at payal.goyal@enukesoftware.com