Skip to content
Home > Mobile App > Quick Guide to Native App Development In 2022: Everything You Should Know
Why SoftwareWorld is free?

Planning to develop a native mobile app? If yes, then you are at the right place.

Smartphones have become an integral part of our lives, and so have mobile apps. From Google, YouTube, Instagram, an average user uses 9 apps per day and 30 apps per month.

That's the main reason why most businesses want to build the app. It provides direct, unobstructed access to users, which is not possible with websites.

That's why we have created this guide for you. It includes everything from price, structure, pros, cons, etc.

So, let's get started.

What Is Native App Development?

Native mobile app development is a process where mobile app development focuses on any native platform. Apps are developed using specific programming languages and tools dedicated to a single platform. Java or Kotlin, for example, are programming languages used to build native Android apps. Whereas, Swift or Objective-C are used for building iOS apps on Apple devices.

Native applications are available for computers, smart TVs, and a variety of other devices, with smartphones being the most common target platform.

Native mobile apps provide a high level of performance and stability. They can also use the phone's many features, such as the camera and address book. Furthermore, certain programs may be used without an internet connection. Both Apple and Google offer their own set of development tools, user interface components, and SDKs to app developers.

Android is one of the most popular smartphone OS out there. Generally, Android apps are developed in JAVA, Kotlin, and C++ programming languages.

Google provides many sophisticated tools for Android app development, such as

Apart from the Google tool, there are various third-party tools that developers can use in native app development for Android.

iOS is another popular ecosystem for the development of mobile apps. However, unlike Android, where the source code is open, iOS has a closed system created exclusively for Apple's hardware. This means any app created for iOS won't work on another system.

iOS apps are mostly developed with Objective-C and Swift programming languages. Apple, too provides many excellent tools to support native app development. These tools are as follows:

However, developers need to take precautions with native iOS apps since the Apple Store has pretty strict guidelines. Many apps get rejected multiple times. Reasons may vary depending on poor performance, security issues, or lack of value.

What is An Example of a Native App? Popular Native Apps That People Love.

LinkedIn is the first choice for professionals when it comes to social media. LinkedIn, one, committed the mistake of using HTML5 for creating its web, but the idea failed miserably. The current version of the app is native.

Who can forget Facebook? After all, it was many people’s first social media platform. Facebook has a native app for both the Android and iOS ecosystem. Similar to LinkedIn, Facebook tried web apps and failed miserably. In fact, in 2012, Mark Zuckerberg confessed that Facebook's biggest mistake was betting on the web andnot going native. At that time, Facebook was a hybrid app with HTML at its core.

Developed as a native app for both iOS and Android, WhatsApp is the world's 4th most downloaded app in the world. It will be downloaded over 140 million times in 2020. Features include video calls, voice calls, groups, secure messaging with end-to-end encryption, and so much more.

Let’s learn about the benefits of native mobile app development.

As compared to hybrid apps, native apps have more layers of OS which makes them harder to misuse. More importantly, native app development is not dependent on third-party systems. All the APIs used are official and are thoroughly examined across different OS versions.

If you want the highest performance, then native app development is the best solution. Facebook and LinkedIn have tried to create web apps with HTML 5, but the apps have failed miserably in comparison to native apps.

The reason why top brands love native app development is that native applications have complete access to the device features. These apps have direct access to microphones, cameras, GPS, etc.

The cost of Native app development is definitely higher than other development types. This is because there need to be separate versions for different platforms (Eg, iOS app for iPhone and Android Versions). Moreover, the cost of maintaining native apps is quite high. For instance, a basic native app of 35,000 would require maintenance of anywhere around 7,000. Still, if managed properly, native apps can be effective in the long run.

Each platform needs its own version of the app. This means businesses will need to develop different versions for Android and iOS. As a result, companies need to hire separate developers for both versions and write separate code. This is a time-consuming process.

The answer differs. However, here are the top reasons why you should hire a native app development company.

Reason #1: They Have a Team of Professional Developers, Testers, UI/UX Designers in One Place.

If you’ve ever tried to assemble the app development team, you know just how time-consuming and frustrating the process is. You need to search for them, then conduct interviews, hire them and train them. It's a long process. But a professional native app development company already has a team of developers, designers, and QA testers ready at your service. You can start the project as soon as you want. You don’t need to wait for a month to create a team.

Reason#2:They Have The Real-Life Experience To Help You Understand Whether Your Goals Are Practical.

It’s not common for people to get excited about the idea of a new app. However, sometimes we forget that many of these ideas are not just practical for the real world. An example of this would be trying to develop a sophisticated e-commerce app for $1000. It’s not a practical goal. App development companies have experience working with many clients. As a result, over time, they have collected the knowledge of both good and bad things that happen during development. They can help you stay on track by showing you the practical approach.

According to Andrew Jones, building a mobile app from scratch can take anywhere between $50k to $1million on average. This really shows that mobile app development does not come cheap. So, if your company is planning to develop a mobile app, it's better to hire a dedicated native app development company. Here’s why. When you hire a freelancer, you do not know how much time you will be footing the bill. The same goes for developing an in-house team. The cost of training, hiring, firing is not just worth it.

On the other hand, a mobile app development company will already have a team of developers that are ready to work on the project. Moreover, many times, since you are outsourcing all your needs, you will get massive bundle discounts which are not possible with freelancers or in-house teams. Best of all, the company will help speed up development time since they already have the resources ready to use.

Below is the mobile app development lifecycle. The cycle remains the same no matter the app complexity. It was developed by The App Solutions.

In this stage, the company will analyze the business and craft a mobile strategy. This stage generally includes project managers, marketers, and business analysts.

In this stage, technical writers describe all the technical requirements and details of the native mobile app that needs to be developed.

In this stage, after a thorough discussion and understanding of the client's requirements, UI and UX designers will design app screens, prototypes, sketches, wireframes, or approval.

Finally, it's time for development. Here, native app developers will take the designers and develop both the front end and back end with coding. They will assemble the app so that it can go to the next stage.

This is usually performed along with development by a QA engineer. The QA team will fix the bugs check the security, design, device compatibility, and user requirements to ensure that the app is meeting all the requirements.

Finally, at this stage, the app is ready to be published. It underwent rigorous QA testing. The company or client can now publish the app on respective app stores. But, the work does not end after launch. Apps will need maintenance regularly to keep running without issues.

A separate team of developers will be assigned to keep the app up-to-date with the latest technologies and fulfill user expectations.

What are Cost and Time Requirements for Native App Development? 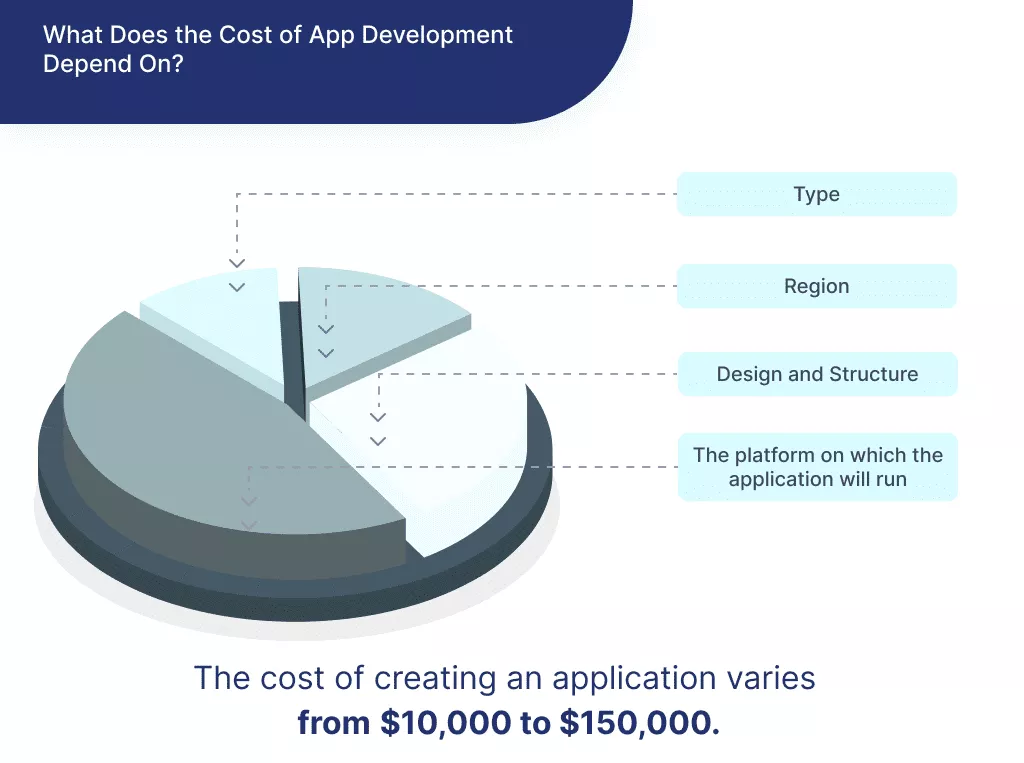 Factors That Affect Application Costs are

Here’s the simple table addressing the cost and time required to develop a mobile app based on complexity.

The cost of the app will also be determined by the region of your developers. Here’s a table depicting the per hour cost of developers based on their region. Ironically, the most expensive app development will be in the USA, whereas the same product will cost you $20 to $30 in India. Please note these are just average prices. It may differ based on experience.

Native mobile app development is the best way to approach mobile app strategy if you want to target a specific audience. With endless benefits such as unmatched user experience, robust security, fast loading time, native apps are often the first choice of many businesses.

Though cost and development time remain major factors, the native app definitely pays off in the long term. This guide should assist you with choosing the right platform, calculating costs, and estimating development times.

We use cookies to ensure that we give you the best experience on our website. If you continue to use this site we will assume that you are happy with it.Ok