Skip to content
Home > Mobile App > Why Should Developers Use Application Development Environment While Building Mobile Apps?
Why SoftwareWorld is free?

These are the nightmares that no developer and development team wants to deal with.

Imagine putting yourself through months of development only for one line of code to break the app?

It's hard to deal with. That's where developers around the world leverage the app development environment.

The main benefit of a mobile app development environment is that developers like you can play with the code without worrying about breaking the code or functionality on the live app or website.

This not only gives the freedom to try out the latest functions but also saves effort from being washed down the drain.

While app development environments may seem like an extra and unnecessary step, they can be a lifesaver.

Let's dive into the world of app development. Once you've read this, you'll be able to pick the right tool for you.

» What is an Application Development Environment?

These are generally built for one language, thereby providing a toolset suited to that language.

» Why Use a Development Environment?

Did you know that the US software industry pays $2.84 trillion per year due to poor quality code?

The report also states that US companies pay a significant amount of money for software failures (37.46%) and time spent on finding and fixing errors (16.87%). This is indeed a frightening number.

But the question here is, "Can we reduce the impact?"

The answer is yes! You can significantly reduce the impact with a properly configured app development environment setup.

App development environment helps app developers to test changes they have made in code without worrying about end-users or content present on a live website or app being affected.

That's why it's important to learn how to build your development environment. When you know how to use the tools at your disposal, you can get more work done in a shorter amount of time.

You can also develop your own set of tools that will help you manage a project from start to finish.

There are lots of App development environments available in the market, and you can choose any environment to develop an app, using any operating system, language, tooling, or framework, and you should choose the environment that perfectly suits your needs.

Your mobile app development environment is what allows you to write code and test it before putting it into production.

You must follow this process to create a high-quality product and successfully market it. There are three types of environments that you need to set up.

Most applications are developed in the development environment or on a server. This is where the majority of the work of developers takes place.

Your application gets tested on the staging server. Your team will usually duplicate what is currently in your production environment down to beta before releasing it from development to beta.

It allows them to test not just the updated code but also how the future release will impact what is already in use. In other words, the staging environment, or staging site, acts as a temporary hosting and testing server for newly developed applications and websites.

A production server hosts website content and applications in preparation for deployment to a live environment. It is also known as a "live server" since it is the main server from which end users visit websites and web applications.

Your production site can operate as a platform where the public-ready code is held until the URL is shared with the public.

Typically, for mobile apps, the app store plays the role of the production server where the application is publicly available for download. 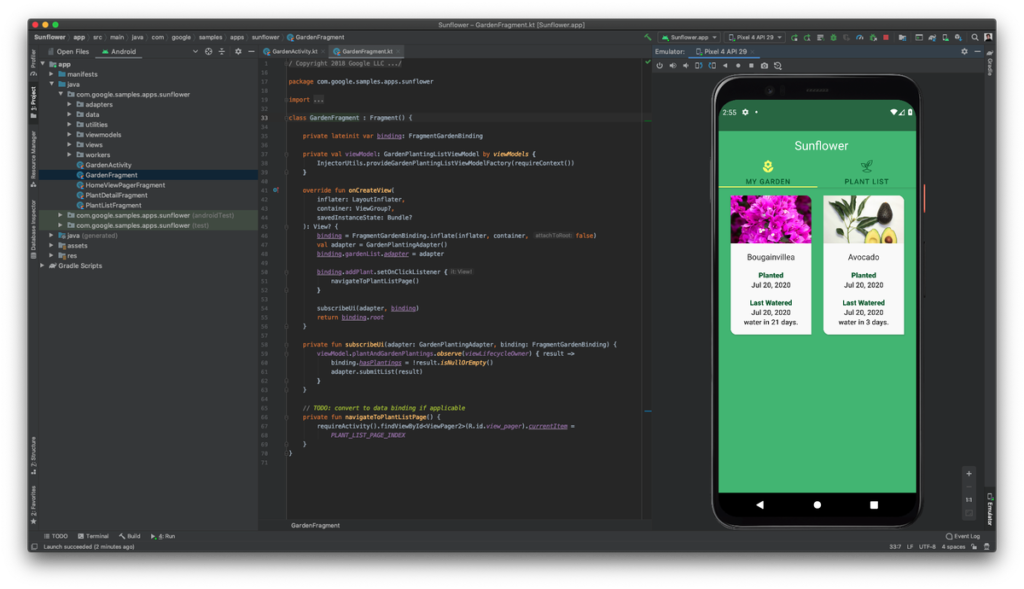 Android Studio was first released at Google I/O in May 2013. It is available for Mac, Windows, and Linux desktops.

Some of the top features of the Android studio include: 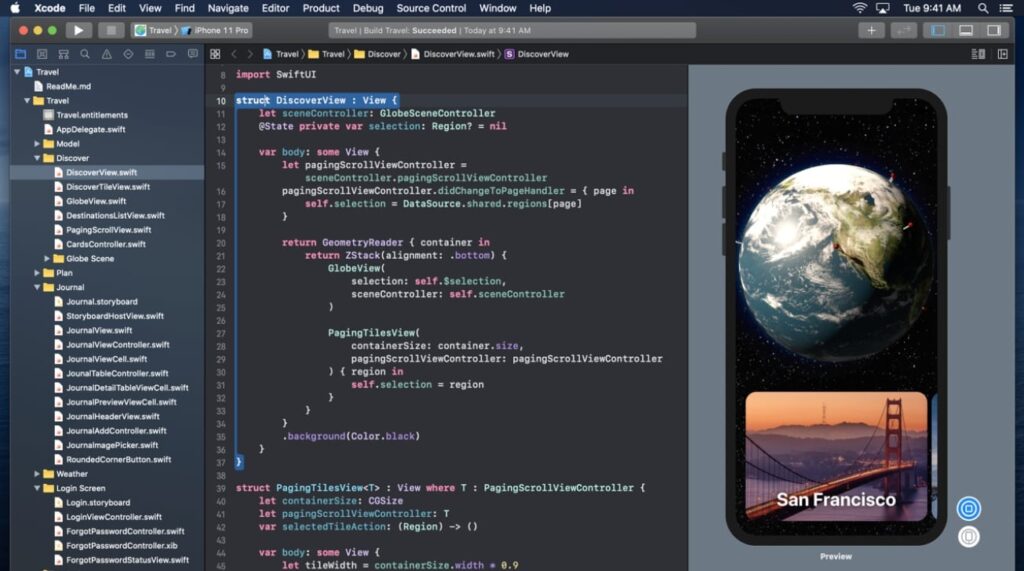 From creating your app to testing, optimizing, and submitting it to the App Store, you can manage your entire development workflow with Xcode.

Xcode is Apple's app development tool. Thus, if you're interested in building iOS or macOS apps, you can only use Xcode.

Furthermore, it has project management tools that let you manage your image assets and code files in an organized manner.

XCode's top features are listed below. 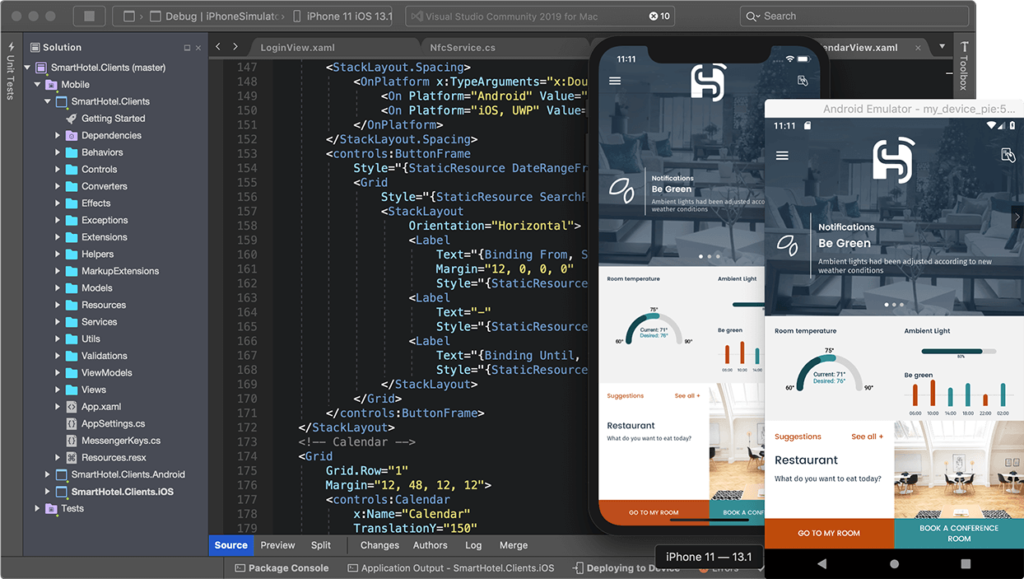 With Xamarin, developers can build modern and performant iOS, Android, and Windows applications with .NET

Xamarin provides memory allocation and garbage collection conveniences as part of a managed environment. With Xamarin, 90% of applications can be shared across multiple platforms. With this pattern, developers can write all of their business logic in one language. Through the use of Xamarin, apps are compiled for native performance and leverage platform-specific hardware acceleration.

Among Xamarin's most notable features are 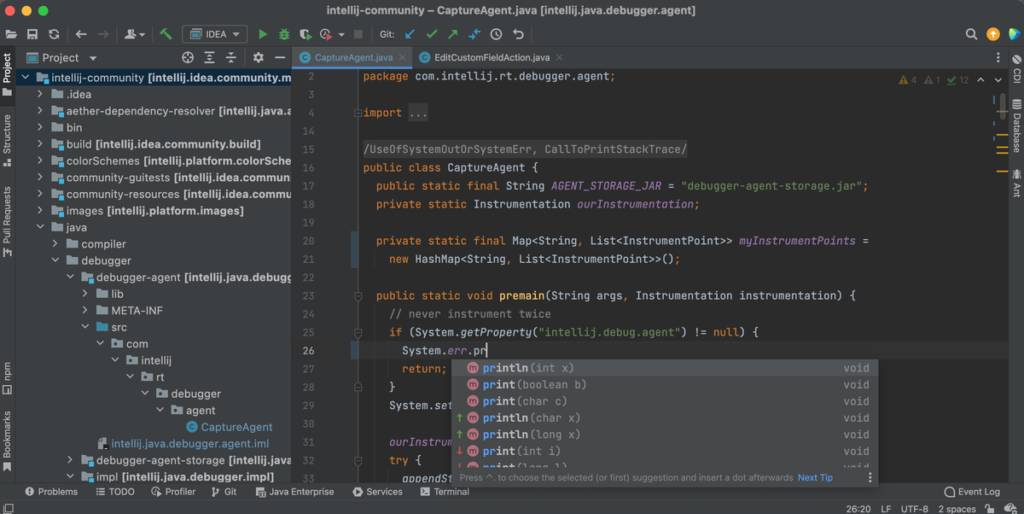 IntelliJ IDEA is a cross-platform IDE that works on Windows, macOS, and Linux. Previously known as IntelliJ, IntelliJ IDEA was developed by JetBrains. In 2001, it was introduced.

The biggest reason it is considered one of the most popular Java programming tools is its assistance features. As a result, the programs created by it are also well-designed and easy to use.

Features you can utilize while using IntelliJ IDEA: 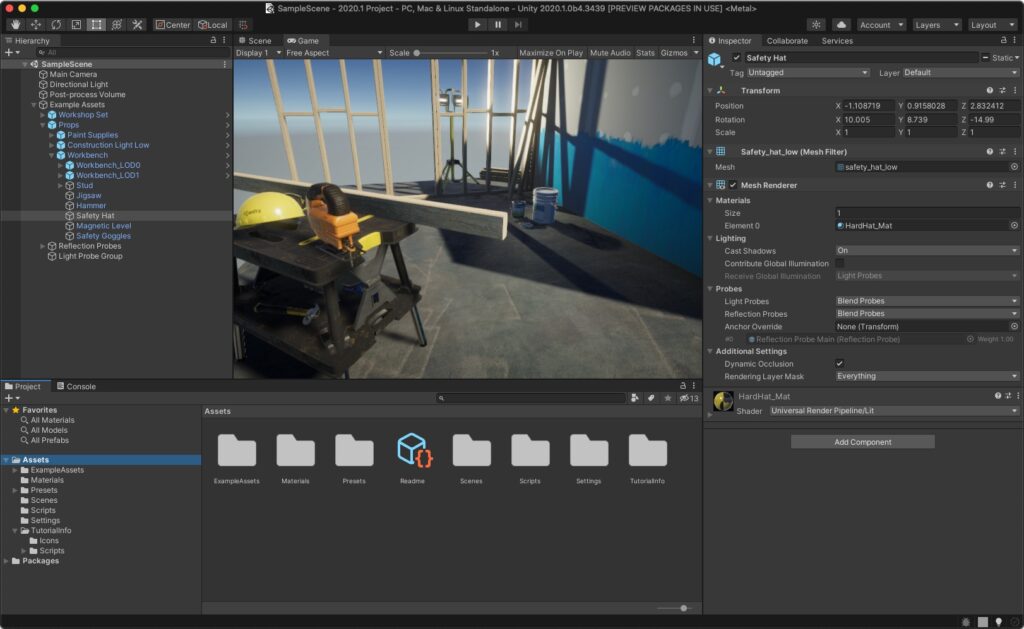 The Unity3D engine is a powerful cross-platform 3D engine and a user-friendly development environment.

With Unity, you can lay out levels, create menus, create animation, write scripts, and organize your projects.

The app development landscape is constantly changing. As such, it can be challenging to keep up with which environments are the most suitable ones to use when developing applications.

In the end, the ideal environment is the one that best suits the project. And that often comes down to the structure of the team and the skill set of team members. One size does not fit all, and no single app development environment is always better for each project.

We use cookies to ensure that we give you the best experience on our website. If you continue to use this site we will assume that you are happy with it.Ok